Gillian Berrie co-founded Sigma Films and instigated the concept of a ‘Film City’ in Glasgow. Gillian’s contribution to the indigenous screen industries, in terms of both advocating an infrastructure for film production in Scotland, and her artistic contributions to Scottish film, has been instrumental in establishing Scotland as an increasingly thriving and viable production base.

“Film City Glasgow was inspired by a trip to Zentropa's 'filmbyen' (film city in Danish) in 2000, a film studio complex located in Hvidovre just outside Copenhagen, Denmark. At that time Glasgow desperately needed a production base for both indigenous and visiting productions. The mostly derelict buildings that we'd traditionally used were being demolished and it was getting harder to find suitable places to base productions.

During this time we quite often used Govan Town Hall for filming. The location came about because Glasgow Film Office (which is also council run) managed a list of all the empty council buildings suitable for production use, and fortunately for us Govan Town Hall was on that list. Ratcatcher (pictured) was the first time Govan Town Hall was used for location filming, and I realised then that it was be the perfect base for Glasgow’s own Film City.

Sigma then established Film City Glasgow as a Limited Company.
Thanks to the help of people like Helena Ward at Scottish Executive, Steve Inch at Glasgow City Council and Lenny Crooks at Glasgow Film Office, we secured Govan Town Hall and raised £3.5 million for its redevelopment.

The financial contributions came from the European Regional Development Fund, Scottish Enterprise, and Glasgow City Council. In order to have a venue that wasn't too bleak and too 'no-frills' we felt it important to counter some of the low-budget aspects of film production with state-of-the-art post production facilities.  We therefore installed the Dolby theatre and the picture post facilities for Serious Facilities. Given that we were moving to Govan long before the BBC decided to move their headquarters, we felt there had to be something attractive to give media types as an incentive to move across town.

1.  Refurbishment of the upper hall which would become the main 'production office' - where Sigma could be installed while the rest of the work was being done.

3.  Glasgow City Council relocating their Social Work department so that we could upgrade the front of the building for creative media businesses to occupy.

Sigma moved into the building in 2004 when Phase 1 was completed, and operated out of an almost empty building while its centre was ripped out and replaced with the steel and concrete structure that supports the Dolby Theatre. As well as providing the post-prod facilities the aim was to help create a community and an environment that could enable the whole production process to take place under one roof, which we'd never before been able to do in Scotland.

Looking to the future, a focus for Sigma and Film City Glasgow will be to provide a conduit for youngsters to enter the screen industries. This will be achieved by creating a Foundation organisation (equivalent of Scottish Youth Theatre for screen industries). Twelve years ago I often said that Scotland wasn't ready for a film studio - the industry was too fragmented, however I do now believe that we have enough of a community to make the leap to industry level. I hope that FCG will be a major player in helping us to evolve into something greater.” 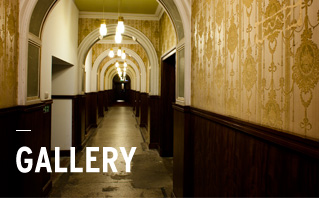 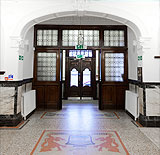 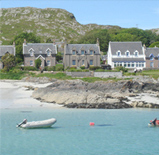