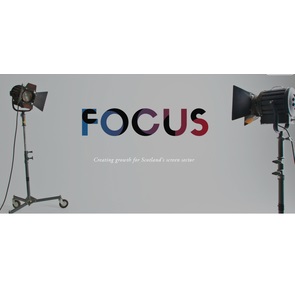 We are delighted to announce the latest project from Film City Futures. FOCUS is a two-year pilot project that will provide expert sector-specific business support to screen production companies working in Scotland to encourage them to grow and expand. The project has been developed to address current market conditions in the screen industry in Scotland. Many screen production businesses operating in Scotland are not of the scale where certain b.. 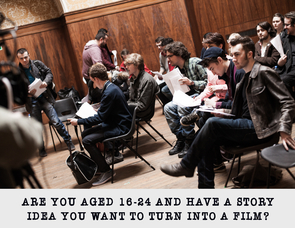 Film City Futures is running a free screenwriting course for young people aged 16-24, starting Saturday 29th October. We would appreciate it if you could share this information with any people who may be interested, as well as circulating the link and flyer through your networks. STORIES FOR SCREEN takes place over three sessions, teaching participants about screenwriting techniques and offering professional guidance as they develop a short film.. 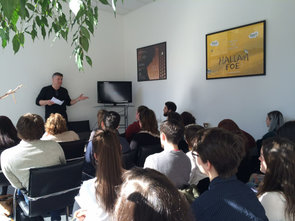 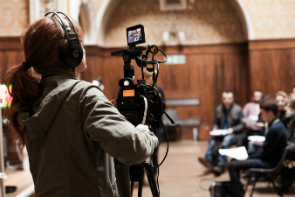 Film City Glasgow will be hosting an event for graduates and emerging film/TV professionals which will feature guest speakers  currently working in the industry and will cover subjects such as;  - Developing & producing Feature Films & Drama  - The process of Commissioning  - Current Trends in the Industry  - Understanding Key Financial & Business Skills  - Optimising your career and development oppo.. 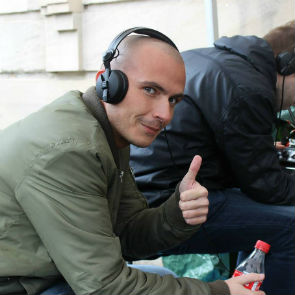 Film City Glasgow’s initiative FILM CITY FUTURES received a Santander award of £10,000 to fund a new Development Officer position for JUMP CUT CREW (JUMPCUT). JUMPCUT was set up in 2012 to give young people and new talent access to industry standard expertise and equipment in an appropriate environment, JUMPCUT will use the award to help grow the enterprises trading activities and expand the number of young people we work with in Sco.. 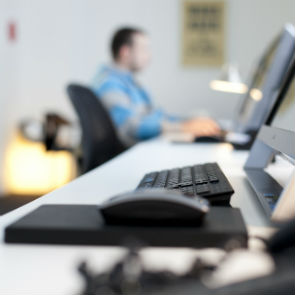 The Docks is our new co-working space which has been introduced in response to huge demands for mid-to-long-term individual desk space. This is a great solution if; • Your business is ready to grow from your home office but needs a stepping-stone before taking a private office. • Your business is going through a quiet spell and you need to scale down and minimise costs for a period. • You are a freelancer and want to share an of.. 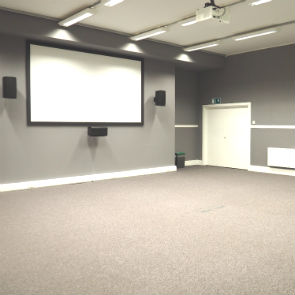 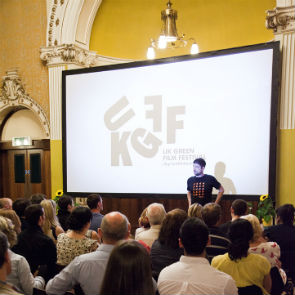 Film City Glasgow is very pleased to be part of the impressive shortlist for the annual Arts & Business Scotland Awards, celebrating innovative and creative relationships between the cultural and business sectors. Among the big business names in the running for this year’s accolades are Clydesdale Bank Plc, Tesco Bank, Shell UK Ltd, Glasgow Airport, Accenture and Glasgow City Council. Other major names from the arts sector making the s.. 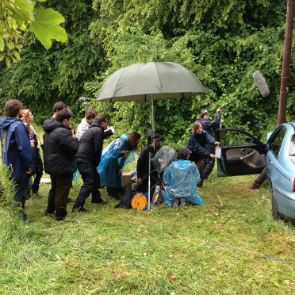 We are very pleased to announce that our enterprise; JUMPCUT, has been funded for a second year! To kick off the 2014 programme, a bunch of fresh faces will embark on Summer Production Company (SPC) 2014, this is a 10 week intensive practical programme where 20 young people aged 16-25 will form a production company and make a professional short film with a budget. The JUMPCUT SPC 2014 are; Alan Muszynski, Anna Fraga McLucas, Blyth Bekah, Kevin M.. 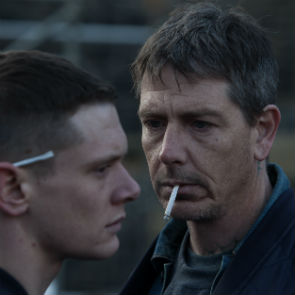 Will 2014 be another award winning year for Scottish Film?

With the release of five award winning Scottish feature films in 2013, we are optimistic that 2014 is going to be another good year for the Scottish film industry. Below is a round-up of Film City Glasgow’s involvement with ‘the big five’ 2013 films, and the awards and nominations they have received so far - Film City Glasgow clearly has the Midas touch...   The production team for UNDER THE SKIN (2013) [Director: Jonathan.. 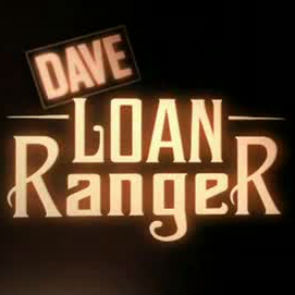 2014 promises to be a big year, not just for Film City Glasgow, but for the whole country, with the Commonwealth Games being held in Glasgow this summer, and the independence referendum in September, it's certainly an exciting time for Scotland.However it's business as usual around Film City Glasgow. One month in and already this year Finestripe have aired 'Dave: Loan Ranger' Channel 4, which is still available on 4OD. Also this month, Finestripe.. 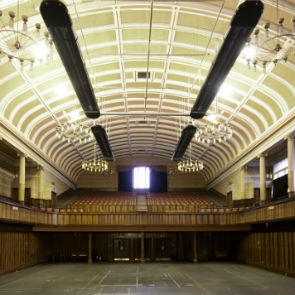 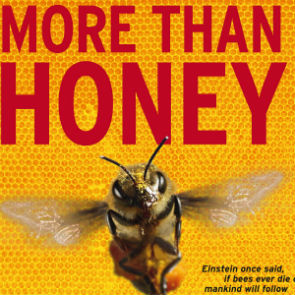 Screening of 'More Than Honey'

On Thursday 6th June 2013, Film City Glasgow hosted a free screening of Oscar-nominated director Markus Imhoof's 'More Than Honey', a documentary investigating the relationship between mankind and honeybees, and the global population crisis bee colonies now face.  Imhoof’s documentary provides a global perspective, focusing not only on the causes of the crisis, but its devastating impacts, and explores some possible solutions.  Us.. 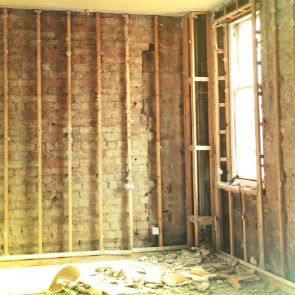 We have given one of our smaller multi-purpose spaces a ‘green’ makeover.   The space aka ‘Outpost’ (named after the first production who used this space), is mostly used for short term hires. Measuring 33 sq m, it’s perfect as a small production base, or for one department of a larger crew (locations, wardrobe, accounts...), or for pre-production / wrapping up. Since this multi-purpose space has been more pop.. 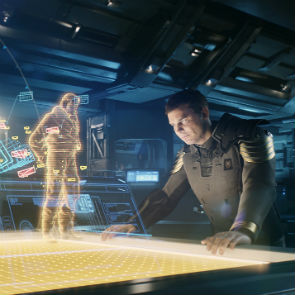 Savalas are incredibly proud to have been involved with 343 Industries and long-time collaborators Axis Animation on Halo 4 'Spartan Ops'.  The sound design for the project was created by Paul McArthur, Foley was performed by Micheal Mackinnon and mix by Kahl Henderson.  But really, everyone at Savalas was involved.  If there was any downtime, then mixers and editors were given a hangar bay, or a science lab, or a gyroscopic motor .. 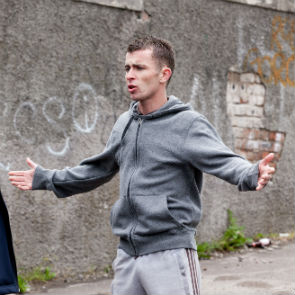 It’s hard to keep on top of how many productions Film City Glasgow inspires and supports; from casting to post production our tenants and building users have tallied up at least 16 BAFTA Scotland nominations this year, that’s over 50% of the total 2012 nominations! We’re sure the other nominations will have been to our café at some point during production - soaking up the buzz and probably a coffee whilst they’re at.. 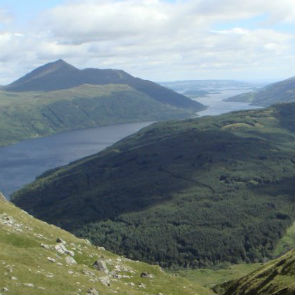 Film City Glasgow is developing a programme for sustainability that aims to foster a low carbon economy and create a change catalyst for FCG’s local community and the wider screen industries. Committed to realising best practise in facility management, Film City Glasgow believes that by conserving energy and reducing emissions we will not only ensure that we are a sustainable business which supports all of the Scottish screen industries, b.. 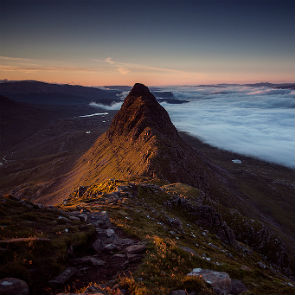 Dazzle of Fog at Film City Glasgow on 29th September 2012. Dazzle of Fog is a unique experimental audio/visual event that platforms ambisonic immersive sound technology with innovative performances, film and installations from seven of Glasgow's cutting edge producers, artists and film makers. The event will consist of four specially commissioned pieces that will allow the artist to portray their interpretation of a cinematic experience. Lafod.. 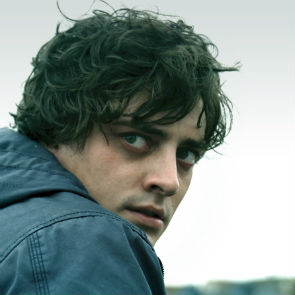 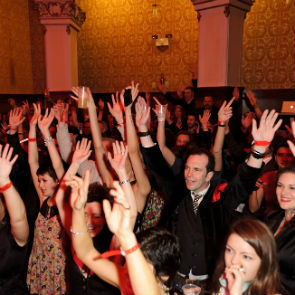 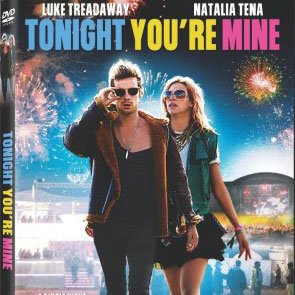 New DVD cover for "Tonight You're Mine," released in the US 14 August 2012. Directed by Sigma Films own David Mackenzie, starring Luke Treadaway and Natalia Tena... 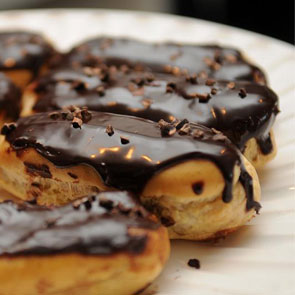 Lauckner & Moore @ FCG. The word on the street is that the café have a super-secret summer menu coming up! So hold tight for another season of tasty treats.... 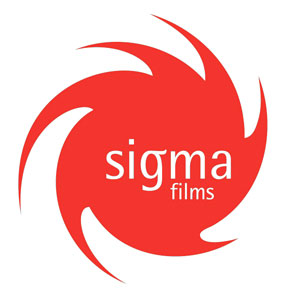 Film City Glasgow and Sigma Films are very pleased to announce the start of its social enterprise that will provide opportunities in the screen industries to young people aged 16 – 25 living in Scotland. It’s vision is to help establish and develop new generations of skilled professionals which will ensure Scotland’s continuing growth and evolution in the screen industries.The enterprise is a resurrection and re-shaping of the f.. 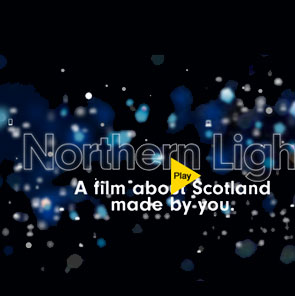 We Are Northern Lights

Don’t Miss... Our new tenants on the ground floor; We Are Northern Lights. mScotland's First Ever Mass Participation Documentary Film. The public is invited to collaborate on a unique feature-length documentary film about Scotland. Northern Lights is a first in a lifetime mass participation film project funded by the Year Of Creative Scotland 2012, which aims to create a view of Scotland that goes beyond media stereotypes to reflect the liv..